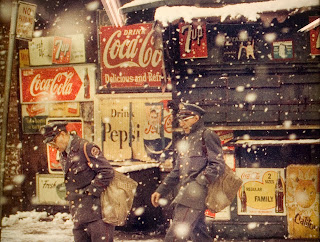 Saul Leiter created thousands of moments of beauty in a career spanning back to the 1940s. He went on to become one of the louder voices in photography influence in the 20th century. Saul Leiter was studying to become a Rabbi when the pull of photography was too strong. At 23 he left theology school and went to New York to pursue his dreams of being an artist.
His early dream was to be a painter after meeting Abstract Expressionist Richard Pousette-Dart.

Dart encouraged Leiter to consider photography after seeing some of the work he had done since receiving a camera from his mother at the age of 12. Leiter began seriously taking black and white pictures with his 35 mm Leica. Then he transitioned to colour in 1948 and joined what was later coined the New York School of photographers. 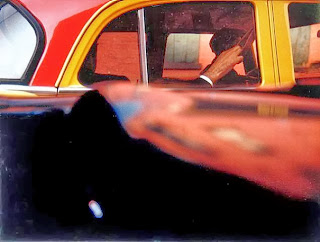 It featured Diane Arbus and Robert Frank among others. Leiter's first big break came in 1953 when some of his black and whites were featured at the Museum of Modern Art. A few years later his colour fashion work started appearing in Esquire and Harper's Bazaar. His fashion photography became a new standard in excellence. Leiter's desire to be an artist never left him and he went on to create mixed medium using his own photographic nudes combined with gouache and watercolour. He even would occasionally use Kodachrome film that had expired just to see what effect it would have on the finished look. 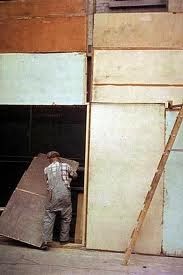 Leiter wasn't a holdhold name, but this was by design. He wasn't one to seek the limelight.

“In order to build a career and to be successful,” Leiter says,“One has to be determined. One has to be ambitious. I much prefer to drink coffee, listen to music and to paint when I feel like it… Maybe I was irresponsible. But part of the pleasure of being alive is that I didn’t take everything as seriously as one should.”