He was the President's Choice - Remembering Dave Nichols

There was a time in Canada when you couldn't turn on the TV, radio, or point your beak at a billboard and not see Dave Nicols face. He didn't reinvent super market merchandising. But he was certainly the messenger. Galen Weston Sr deserved a lot of the credit. But there was no better soldier than Dave Nicol to carry the vision through to the masses. And people responded. Get a box of detergent as good as a name brand and pay much less? Where do I sign.

I remember my marketing professor in college, Lee Farah railing on about the evils of supporting a brand that didn't inject any money into marketing. He said we were shooting ourselves in the foot for supporting no-name products.  Dave Nicols knew better than most the importance of making no-name brand...a brand. And he did it with all the bells and whistles of the Tides and Colgates of the world
.
Here's a brief look at the life of Dave Nicols, courtesy of Loblaws marketing division.

Why would an auto manufacturer want to create a commercial filled entirely of humour scenarios?  How does that show the shine off the hood of the car, or how fast it goes from 0 - 100 k in sixty second?  Ask Toyota.

Toyota went through a bit of a rough road the last few years with recalls. Enter, positive brand experience television commercial. The 2012 Superbowl entry for the Toyota Camry was legendary. Everything about this commercial sings. The writing is stellar, acting perfectly cast and directed, and the score moves along like a ninja in the night.

And most importantly.  The spot is cool.  Cool sells.  Credits - Saatchi and Saatchi.

And what about a car that let's you shake off the stress of the moment, the hour and the day.  A few quick turns and you can feel your whole body start to calm.


But I still have a soft spot for this Volkswagen ad.   Now that's patience. Credits - DDB. 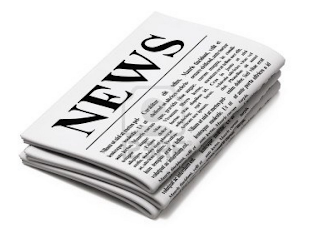 As I rode my bike down Gerard street today into work, I realized I won't get away without a jacket for much longer. Nothing wakes you up like a cool sprinkle bursting out of the sky on to brand new, untreated leather shoes.

I noticed on my ride in, at Greenwood and Queen, a commuter was grabbing both the Metro and the 24 hour free daily newspapers out of the boxes while she waited for the streetcar. Reading the paper from an actual paper, imagine that? As they talked on the CBC this morning about privatizing the post office in Britain, we now look at all our tactile communications from our past evolving into something digital.

I enjoy having my sofa covered in the various sections of the newspaper on Sunday morning. But I admit I only buy it one day a week now. The rest of the week is whatever I garner off of the various digital sites available online. Yes I'll break down and actually pay one of the major dailies for a digital subscription soon. After all, the people who prepare that material have mortgages and mouths to feed, and the gravy train of endless free online material will end simply by economic necessity.

Newspaper marketing has changed a lot over the years as have newspapers. There was a time when you simply needed to convince the public that your paper was the right one for your city. You bought a newspaper, they delivered it, you read it, then put it in the bottom of the birdcage.


Today the ads are slicker, the product is leaner and much more diverse. The Toronto Star saw the writing on the wall some time ago and invested in a variety of complimentary digital properties like Wheels.ca and online ad networks to enable survival and allow the company to grow into the 21st century.

Some publishers are testing the waters with racier image branding.Israeli newspaper Ha'aretz raised a rukus with a sexy commercial to promote the web version of their paper.
I apologize, there are no sub titles but you definitely get the gist of what's going on.  The web paper is better than sex.
There were media reports out of Israel  that women's groups were  outraged by the commercial and protested it with a letter to the publisher. But as of this writing it's up to 310,000 impressions.


Newpapers like the New York Times have realized that a newspaper is much more than a newspaper when it rolls on to the web.  The brilliant minds who have toiled over a word processor for decades still grace the pages with their words, but multimedia opens up a whole new world to the media hungry public.  And no one has figured this out better than the New York Times.  Here's a video segment from the Times featuring Jerry Seinfeld.


What does the future hold in store for newspapers?  My only hope is that people will recognize the importance of putting a little money down on the counter, or more realistically on the card to support responsible, professional journalism with an online subscription.  Reading what a 16 year old kid has written for free in his blog is not what I want to base my purchasing, entertainment or voting decisions on. 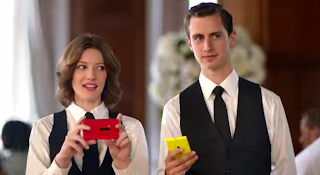 TIFF has hit Toronto once again.   Having joined Trina Boo's Linked in group, Ad Lounge recently I was fortunate enough to see her posting of a recent commercial that reminded me of a classic film from years gone by.

Ron Howard's Parenthood was a gem and one of his best films, in my humble opinion.  And Ron Howard has quite a body of work to look back on. And he's no where near finished yet. Having said all that, Parenthood represents something special, something very unique. He captured real life with perfect casting, writing, and of course directing. The scene at the recital when the little girl troddles out on stage and knocks over the scenery is absolute gold.

This spot from Microsoft attempts to combat the heart strings that Apple and Samsung have been tugging on of late.   Very funny.


The above commercial is actually the second in a series. This equally hilarious ad ran a few months back, getting its' inspiration, one would assume, from "The Wedding Crashers". Brilliant.

Sunday marks the beginning of September. It means fall is lurking around the corner. To celebrate the good things of fall, I found an old commercial from 1971. Coke, saying so long to summer.

How do I know it's from 1971?  Because Cokes slogans were published and they change them quite regularly.  Yes we all have our favourites and some that resonated much larger than life.  I'd like to teach the world to sing which Coke revived for years after its' initial launch in 1970.  But I recall as a kid in the 70's hearing the slogan "Coke, it's the real thing" and can still hear the jingle.


If you found yourself humming the "it's the real thing" slogan, you weren't alone.  Note in this commercial from around the same time period, the only moving footage was the b-roll of pouring coke into a glass.


Whether this was a conscious art direction decision or a money saving device, only Bill Backer would know for sure.  He was the creative director handling the account at the time for McCann-Erickson.

Do we know some of the other famous Coke slogans? Hello, it's the internet. Everything is here. And some of it is even correct.
Here are the slogans dating back to the companies origin in 1886 going up to 2012.


If you're a sloganeer (and yes I just made that word up) you'll know that in 1908 the "good til the last drop" slogan was also adapted by Maxwell House.  Maxwell still has it as a registered trademark but I dare say in 1908 there wasn't the legal level of sophistication there is today in protecting the almighty slogan.