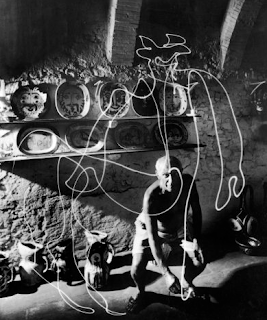 Famous light painting artists include Picasso, who in a legendary series done in 1949 was documented in Life Magazine. It's what kept Picasso relevant, always reaching out to new mediums. You can rest assured if he were still alive today he'd have a tablet in his studio mastering digital painting.


Here's a site with more examples and background on light painting.

Light painting is like any other type of photography; your result is only limited by your imagination.