Superbowl hype. Every year it's also thought of as the Super bowl of commercials with advertisers spending millions to showcase their commercial, and often times their new marketing strategy or product launch. What shall we expect in this years game? Well, besides the game, here's a tee up of some of the advertisers who shelled out the 3.8 million dollars per 30 seconds.

Budweiser, of course.
Jay-Z had creative input into a commercial in which he'll appear.

Audi of America will run one 60-second spot, their sixth Super Bowl appearance in as many years.  Their shop Venables, Bell and Partners are still working on the creative and production. 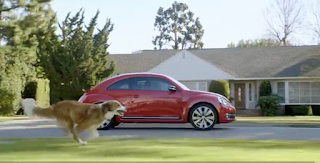 Best Buy hired the much publicized  Crispin Porter & Bogusky, to do the creative and social marketing.

Cars.com will return with a :30.  They're using new AOR  McGarryBowen.

Century 21 will feature their spot from Red Tettemer and Partners.

Coke has let their polar bears drift out on an ice flow and are going a different direction for this year's game spot.

Doritos, for the seventh consecutive year, will run the winner from their annual best amateur-produced commercial.

Ford will attempt to breathe new life into the Lincoln brand after an abysmal fall off since 1990. The spot is said to be featuring an Abraham Lincoln lookalike, vintage Lincolns, and famed historic Lincoln owners Clark Gable and Dean Martin leaning against front fender of the new MKZ through computer wizardry.

Hyundai and Kia will both be back this year along with Mercedes.

Pepsi is sponsoring the half game show.

And watch for the new Samsung commercial.  It's produced by the longtime Apple creative director who jumped ship after the "Genius" campaign to Samsung's new agency 72andSunny.

And finally, one of my favourites from last year, Volkswagen returns.  But the dog will not.