Occasionally we like to feature commercials internationally on this weekly blog, and this week is our first contribution from Russia.

Russia has made moves in recent years towards a free market economy, so it adds more meaning to this first spot.
A Czech friend, Stan told a story once about being mandatorily drafted into the Russian army in the early 80's. In a Northern Russian town, he stood in line for what seemed like an eternity to get a piece of meat. The butcher had one cow. They started cutting in slices starting at the head and working his way down to the tail. You got the cut that happened to be where he worked his way down to according to your place in line.

It explains the joy of the man in this re-enactment from Russian of the 1950s.


This second spot in the Cherkashin series shows the actual cue in a Russian butcher store.

As much as we complain, sometimes we forget how good we have it. The ads are poignantly produced by Russian agency Voskhod out of Yekaterinburg. Enjoy your long weekend, and the short lineups at the butcher store.

A twisted mockumentary about the creator of the Skittles commercials. No doubt by the creative team that creates the bent broadcast spots. Enjoy.

It's a big bad burger world out there

Burger King has gone through more agencies than Kardashian boyfriends of late. And the shuttle is getting even more crowded. Ad Age reports they recently contracted a piece of business out to Brazillian owned shop Pereira & O'Dell.

Meanwhile, Mother and McGarryBowen continue with day to day projects wondering who will be the odd man out.

This is not so unusual. Today's light and flight world of marketing has more and more savy people running things from the top and keeping more proprietary data and strategy internal, and simply finding talented guns for hire to create campaigns that generate buzz and are on brand. An agency who is never too settled in will never give a client anything less than first rate work.

The flipside however is that nature and survival always win out. And any ad shop that gets the comittment from a client will put that last hour of effort towards keeping that client happy. It's sort of like dating. Whoever makes the comittment first get's all the attention. 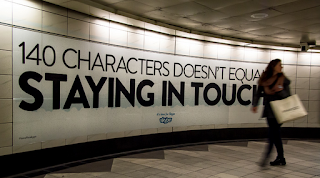 First up - a disturbing commercial which I can't decide whether I hate or not. Normally a commercial has an immediate impact. I love it. I hate it. Little Baby's Icecream follows the main principle of making the main drive of the creative about the product.  When you have a man who resembles Blue Man group, completely covered in ice cream, the product is definitely front and centre.  But here's my concern;
since when have disturbing, unsettling commercials become the new norm?
Last week we featured a spaghetti sauce commercial about a child who accidentally discovered his parents doing the nasty. This week...well...see for yourself.

One of the comments on the YouTube page sort of sums it up. "What in the _____ did I just watch?"

It's been viewed almost 2 million times. But, I'll be honest, I wouldn't put that ice cream within a mile of my mouth, or a child's mouth after watching a man scoop it off his head like a zombie eating his own brains. And, on an aside, how did the actor go 30 seconds without blinking once? Further proof he's not normal, human or even remotely convincing that I need to want to taste this ice cream.  I'll be very curious to see the sales charts on this, and I may eat my own words.  But I guarantee I won't be eating any of this ice cream.

This next commercial for Magnum chocolate ice cream bars is probably closer to what we expect to see in an ice cream commercial. Even with Rachel Bilson as the talent, it still only took in 95,000 views at posting.

Here's an ad from 1984 for Breyer's. Update the wardrobe and you'd have a very convincing commercial for 2012's all natural, organic movement.

Okay, now I'm ready for some ice cream. But only from a company that doesn't look like it's consumers are snacking on their way to a zombie convention.

All the pundits are saying that video and tablets are the next great digital horizon. Youtube has played ahead of the curve by introducing skippable mobile video ads. Here's the full story.

Controversial Bic commercial - whose to blame?

Bic Pens released a controversial commercial that raised the ire of the Canadian Asian community. The premise had an Asian actor playing a dictator sentencing prisoners. He had a condemned ink stamp for a handful of prisoners. When he needed to hand write "pardoned" on to a document his pen let him down. So he uses a “condemned” stamp instead.

Crispin Porter + Bogusky Toronto obliged the clients request and requested all spots be pulled last Tuesday. However, stations need to let requests like that filter through the system and sometimes it just can't happen over night. As a result additional ads ran as late as Thursday of last week causing Bic to point all the blame at their agency. 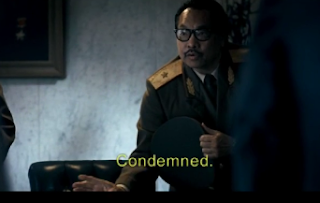 The question remains, was Bic's marketing department in a vacuum when this commercial was proposed, approved, viewed and subsequently released?
It's a questionable creative, but the agency and client should assume equal blame for this one.

Winning awards seems to have been the primary focus behind this commercial, not on-brand creative. Please tell me this whole process was not a charade to give Bic a bad boy image. Just tell me it was a poorly conceived direction by both client and agency and we'll write this one off to some bad choices. The question is, will you use a Bic to do it.

One of the more popular viral ads lately is one for Ragu spaghetti sauce.
"We didn't want to come out with another utilitarian food ad," said Mike Dwyer, U.S. foods director for Ragu-owner Unilever.
And this ad is definitely not utilitarian.

Ragu's sales have been sleeping and Unilever has been looking for a way to cut through, get people talking about the product and perhaps attach some edge to the brand.

The question remains, however, how does this ad make you want to buy spaghetti sauce?

Nike says just do it. And we do.
Geico says, "so easy a caveman can do it." And so do we.
You're in good hands with Allstate. And therefore we are.

Ragu's new positioning statement certainly muddies up the waters.  I'm writing/talking about the campaign, so objective #1 has been accomplished. People are talking about the brand. But, the cardinal rule in this shop is "Don't park the boat too far from the dock." In other words, keep your brand focus close to your product delivery promises. And this campaign couldn't be further away.

Why not build on their campaign from the 80s.

When you're choosing a sauce these days, you want natural ingredients, and a sense of history and authenticity. Traumatized moments never made me hungry. Just envious of those who could afford all the therapy that comes with them.

In the year 2012 we take some things for granted; one being our washer and dryer.  But the technology has come a long way.  And so has the marketing.

The popular tv show, Ozzie and Harriet featured one of its' main sponsors, Hotpoint.  Having a washer and dryer in your home was the height of living in 1955.  Here a commercial (a long one at that) shows the advantages of having a hotpoint pair in your home.  Note, words like "wonder dial" and "sealed drying chamber" try very hard to make you feel these machines could wash and dry your clothes and fly you to the moon all in a day's work.

Today's washing machine marketing assumes a much more savvy consumer.  They don't cloud things up with boardroom fabricated technical terms like "the clean dial" or "electro hot cycle".  They go right for the emotional delivery button promoting how much time they can save you.

It's not to say you can't sell a washing machine with a little humour.  This is an odd spot from Japan.  It plays up on the consumer benefit and also makes it the root of the humour.

I can see the headline now.
Woman receives concussion from flying pop can.  But her back is fine.

Big Bang Theory is one of the few television shows that makes me laugh out loud. A hit show is a combination of great characters, understanding their characters and constantly putting them into situations that test their metal and push their buttons. When four Über intelligent nerds attempt every day social interaction, it can be outrageously funny. 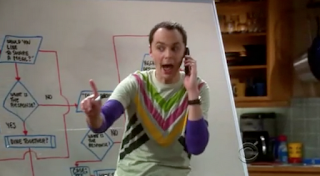 Jim Parsons is one of a group of very talented performers on the show, but his success did not happen overnight. He did the round of commercials from gum to sandwiches.  Something I found out recently, he did two versions of this commercial.  One for daytime and one for after 11pm (the grown ups version).

Here's one from Fedex

And finally Stride Gum. Parsons was part of the whole series of Stride commercials from 2003.


Long live well written, well performed television. And remember the geek you made fun of in high school? Today he's most likely your boss.   With over 30 years experience, Tim McLarty  currently works out of Toronto Canada as a writer, producer and media strategist producing advertising and entertainment content.