The world is looking more to handheld devices to keep them connected when they're away from home or office. And video is an important part of that. There's a new video sharing site on the scene with strong roots in mobile uploading. They are described as a mobile app that allows users to capture, share, discover and view videos. They have just released a new version of their iOS app that allows users to shoot videos with visual effects and filters in real-time. Klip has also added seven new video effects to the app. 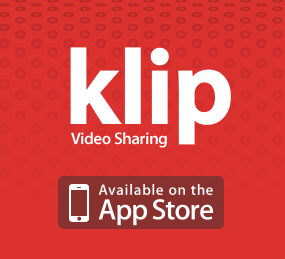 Klip has been steadily updating their app since their launch last year, including SMS functionality. Watch for more video and mobile hybrids.