Whether you're producing a branding commercial or direct response messaging, it's safe to say emotion is the motivator. Emotion plays a part in all of our messaging. But hospital fundraising commercials have a particularly high bar of expectations. There are so many places for a person of means to donate. Creating a video segment that pushes the decision making process in their direction is not an easy task.

We recently had the pleasure of working with West Park Healthcare centre to create a commercial. The commercial's objective was to showcase the rehabilitation services of West Park. I first worked with West Park 20 years ago, and my awe of this institution hasn't waned. They are a truly inspiring facility, only surpassed by the patients who pass through their doors.

This commercial showcased 4 incredible people. Jamoi, Eric, Linda and Lisette.
Credits to Tara Fainstein and Lijeanne Lee of West Park hospital for all their guidance and organization in putting this together. Heronymo Allen directed and edited.

We were elated to hear the response at the Scarlet Ball fundraiser was overwhelming. But the stars of the film were the inspiring patients.
Researching today's CEFriday blog I came across another incredible human being.
Matt Scott is an American basketball player. He has spina bifida – a disorder that existed before birth and caused him to be wheelchair bound.

Despite that, it has not stopped him from achieving success and excellence in life. When he was 14, he was introduced to wheelchair basketball. At age of 18, he led his team in the National Wheelchair Basketball Association’s to 2 national championships in 2003, and was selected MVP of the season. While he was in university, he led his team to 3 national championships (2004, 2005, 2007). In 2007, he was on the gold medal winning US team at the 2007 Parapan American Games in Brazil – and he was just 21 years old then.
Full marks to Nike for dedicating this commercial to Matt.


That's Creative Excellence Fridays for November 4. As always, your feedback and blog suggestions are always welcome and encouraged. Have a great weekend. 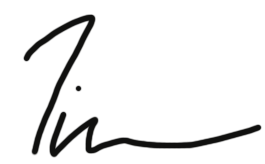