Creative excellence Fridays - The voices behind the Simpsons

In the past on this blog we've featured famous voices like the late great Don La Fontaine, voice of over 5000 movie trailers.

Today, we look at an interview clip from the longest running prime time animated show, the Simpsons.
The Simpsons was based on an eclectic cartoon series by Matt Groening. It was originally just a series of shorts featured on the Tracy Ullman show. Fox Broadcasting Company ran with it and it has become iconic, and has influenced countless other shows and pop culture itself.

I came across a feature clip from an Australian television network. They featured clips from an amazing ensemble of the voice actors on Bravo's Actors Studio.
All of the actors came from or have gone on to fame outside of the television show, Hank Azaria in particular, but they've managed to keep the group together for over 21seasons.

Here is the clip now. Enjoy.

According to Wikipedia, colour is the visual perceptual property corresponding in humans to the categories called red, green, blue and others.

When we see a crimson sunset, we don't see it in terms of science.
The fact that a sunset is caused by dust particles in the air refracting the suns rays like a prism at an oblique angle causing the light to pass through much more air in order to reach the eyes.

We only think about how it makes us feel. We relate it back to a memory, an experience.
For the art directors reading today, this is an automatic. When choosing a colour palette, you may go back to the colour wheel, choose complimentary colours or variations and move forward.

Wind Mobile chose to go with a black and white palette for this commercial.

Of course another place to draw from is the masters. Note how heavily Wind Mobile pulls colour and style from Miro. 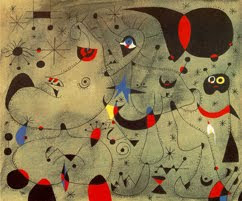 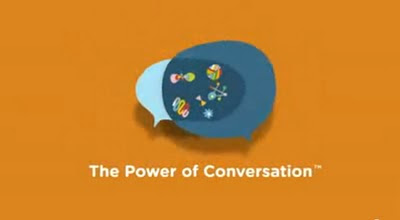 That's it for this week. As always, your comments and suggestions are welcome. Have a great weekend.
Posted by Tim.McLarty at 7:51 AM 0 comments