Being connected to the advertising community in a creative or marketing sense makes you automatically have an appreciation for the aesthetics of the visual arts.
Art direction/set direction are tantamount to creating strong television creative.

I was drawn to Madmen, the television series early on, not just because of its' storyline, advertising men from the industry ground breaking days of 1960's New York, but because of the discerning eye to fashion and attention to detail.

As you watch the early seasons of the show, you note some interesting art hanging on the walls of the original agency, Sterling Cooper. Then, an episode focuses on a Mark Rothko piece. An account rep described it as "...like looking into something very deep. You could fall in." It was a description Rothko would have appreciated. He wouldn't have been amused that Burt Cooper bought it strictly as an investment. 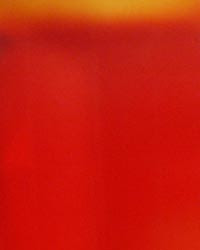 In Don Draper's office hung a beautiful abstract called "Butternut". This was actually painted only a few years ago by artist and musician Michal Shapiro. 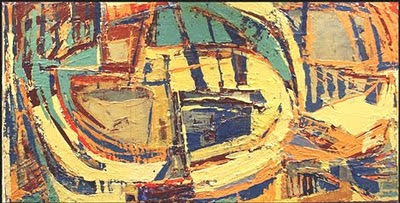 At our shop we all took an interest as well in the artistry involved in set direction and attention to detail of Madmen. Don Draper's Sterling Cooper office was featured in a recent CNN piece.

And finally, the art of the show itself. This beautifully written scene by show creator Mathew Weiner is poetic and moving.

As always, your comments and suggestions are appreciated and shared openly. Have a great weekend.