The OntrackCommunications.ca blog has a new home! 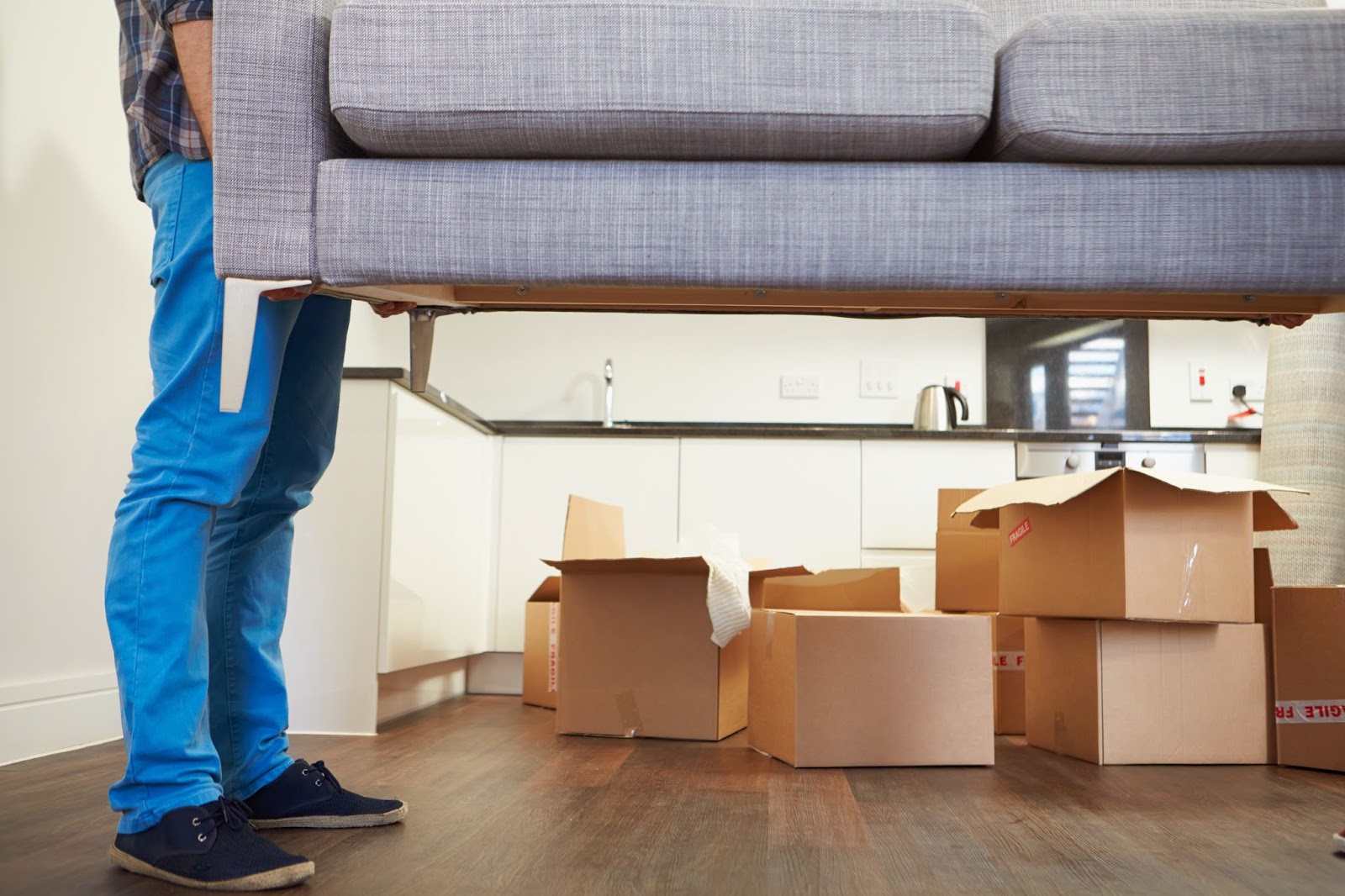 Thanks for stopping by!

Please see all our blog topics at Ontrack Communications .ca

Google bought Nest as a way to diversify beyond search engine dominance.  And they're going to make sure this product catches on like, well, Google.  The new television commercial, just in time for the brutal winter upon us, features a familiar face from the past. You may remember Richard Herd more for his appearances as Wilhelm when George Costanza was working for the Yankees in the 90's show, Seinfeld.

Helm was and is a seasoned actor. He hardly struck me as the cranky grandfather retired in the rocking chair type, but that's acting right? Of course last January George and Jerry connected at the familiar Tom's diner to chair a sandwich and promote Crackle.com. Crackle is the website that sponsored Seinfeld's highly popular "Comedians in Cars getting Coffee" . Michael Richards has made a career out of playing variations of Kramer, and he's made millions smile with his physical comedy. In 1993 he made querky campy in this Clorets commercial. For the over 40 set the Seinfeld era still holds a special place. The last episode aired over 16 years ago, but Larry David's Curb Your Enthusiasm has carried on the tradition of comedy coming from real conversations and uncomfortable situations. [caption id="attachment_382" align="aligncenter" width="676"]

For several years now, British retailer John Lewis has produced a memorable Christmas commercial intended for sharing.  The retailer realized, as Macy's did decades ago, that plucking the heart strings of emotion is a brand worthy endeavour.  And it's also good for business. So this year they went all out and combined a digital penguin with live action of an adorable little boy. It reminds me of my all time favourite comic strip.

As of this morning (Nov 7, 2014) the ad had racked up 4.3 million views. If the Tom Odell sung song has a familiar Double Fantasy feel to it, it's because it was written by John Lennon. And the Calvin & Hobbes'eque reveal at the end is priceless. John Lewis has become an industry leader in creating an event around the release of a holiday commercial. Not only do they produce an exceptional piece of creative every year, they build a PR behemoth around it with all the hype, the publicized talent competitions leading up to the final music.  Here is the promotional talent video from last year's very well received commercial, "The Bear".

John Lewis has definitely figured out how to make social sharing create maximum buzz.   This would no doubt contribute to the rocket like hits that appeared as soon as it was uploaded two days ago. For the full story about the history of the John Lewis Christmas event read this article about Lowe London, the agency behind it. It's a model all retailers should follow, and many already are. And as the Brits say, "Have at it."

One of the most talked about stories on Madison Avenue this year has been whether Apple has lost its' way. Their messaging and even their products seems to be playing catch up rather than follow the leader. And now the ad battle seems to be heating up with the release of Apple's latest offering, the iPad Air2. Earlier this year Samsung released this ad for the Galaxy Pro 10.1

And then Samsung released this rabbit punch to the throat with the "Galaxy 4 Note - then and now" Samsung creative is coming out of the New York office of 72andSunny. This ad shop has been creating some really fresh work, including the much touted Google app campaign where they embedded questions for the app into actual site locations all over New York. IPad's response? You can almost hear the kids in the schoolyard yelling "Oh yeah?? Well here's what you can do with your pencil, Samsung!"

Here's an insightful article from VentureBeat that encapsulates some of the issues Apple is having with refinding their swagger.

I'm sure Tim Cook tired long ago at the..."what would Steve have done" question. The products used to be so innovative they almost sold themselves. The task at hand for TBWA and the inner creatives at Apple is now more mine-filled than ever. But as one of the TBWA positioning statements claims, "If you want a stronger call to action...create a better ad!" If they were actually allowed to say this it would likely be amended to "If you want a stronger call to action... stop getting out designed by your competition."

Ever since the Hal 2000 had the life like dialogue with Dave in Space2001, Hollywood has attempted to make the robot/ human experience as real as possible. Science has made several attempts over the years to create a "human robot" but man's dominance of the world remains safe, for now. Hollywood, however is another story. There is no limit to their ability to create robots that rival man in every way. And these robots take on such realistic  qualities they even feel heartbreak. Like in the new Swedish commercial for the robotic vacuum from Vorwerk. Saatchi and Saatchi Germany just released the ad. And it's beautiful done in every detail. Vorwerk's creative team asked the question, "what would happen if a real robot fell in love with a robot vacuum.

If you were thinking Pixar's "Wally" you weren't alone. The beautiful, life like qualities feel very reminiscent of Wally with many of the same awww moments. Something not quite as heartfelt, but equally entertaining was the spot that Old Spice did a few months ago featuring a robot crashing his way through life and love.

Produced by Wieden + Kennedy the Old Spice commercials continue to serve up edgy, fun humour that translates into thousands of shares and positive brand enhancement.  I love the attention to detail, including the audio work with the subtle shorting out sounds and the smoke as it rises up over the robots broken body. The Hal 2000 may have wanted to dominate the world, but for now, shops like Wieden + Kennedy continue to call the shots.  There's nothing robotic about these commercials.

They go together like Netflix and chips. Or crisps if you prefer. Ricky Gervais is the latest A list celeb to tie his wagon to the juggernaut of television streaming. Netflix has been on a roll the last three years. Some attribute House of Cards with the beginning of the momentum. Their first original programming that garnered Emmy nominations. Since then they'd green lit several original productions including the much talked about Orange is the New Black. And  they've been a delivery mechanism that has effectively made video stores as redundant as a phone booth. Netflix is also responsible for new phrases in the English language like "binge watching" and "I'm Netflicking tonight".

And with all the momentum going their way they are also becoming a target of success with Netflix style competitors starting to line up in the wings. Amazon Prime Instant, Hulu Plus and HBO GO could start to chip away at Netflix’s ability to grow its subscriber base in 2014. In Canada, Rogers and Shaw are launching Shomi in November. For now, celebs that matter know what side their streaming bread is buttered on.  Ricky Gervais brings his brit grit to  Netflix with a series of commercials that poke fun at their two main hits.  The result is very well done and even features cast members you will probably recognize.

The outtakes are almost as good as the finished commercial.

Netflix is the streaming monster to beat. They've cozied up to  internet providers  to make sure the tap is kept open, and they've set themselves up as a welcome port in a creative storm for many personalities and writers looking to ply their craft in less micro-managed waters. Netflix is savy enough to  enjoy the ride and keep the party going as long as possible.

In the meantime, they are enjoying a raft of popularity. And when you're at the top you also have to have a good sense of humour. Recently Mashable featured a series of Netflix show descriptions based on what the writer saw on the show publicity shot.

Dexter description - Netflix[/caption] It's been said, the funniest person in the room is usually the most confident. And these days Netflix is pretty funny.

Arrested Development achieved success by combining superb and disturbed writing and one of the best comedy ensembles of recent times. The new Sprint Framily plan commercials have been assembled with the same level of ambition, and quite successfully. Arrested Development featured obscenely talented comic actors Jeffrey Tambor, David Cross and Tony Hale, not to mention Will Arnett, Jason Bateman and Portia de Rossi. There was a twisted magic about the show. Admittedly I wasn't as charmed with the Netflix revival. But the original episodes were pure fun.

Sprint has now created something equally entertaining with their Framily Plan series. It's worth noting Sprint's creative team had additional challenges in pulling off those perfectly time moments with the constraints of squeezing it all into 30 seconds. Immediately you'll recognize a comic face you've seen all over television.

Judy Greer is the go to gal for perfect comic performances. Her resume includes playing "Kitty Sanchez" in Arrested Development and no fewer than three separate characters from Two and a Half Men. And if the top comedy producer in television, Chuck Lorre thinks that highly of her, it's only fitting that she lead the way in the new Sprint series.

You may have recognized the voice of the hamster. Andrew Dice Clay does a nice job. Rounding out the cast is Kyle Mooney, Justin Michael and Tatyana Richaud. Here's the spot that most people think of from the series. Gor-don. And the latest in the series, "Harmon Kardan". I love that there's no mention as to why a blood relative of the family happens to look like Don King. But it's so true when they say, "True comedy is often more about what is left out then what is left in".